The International Network of Professional Forestry Associations will meet virtually on 15 September at 11AM. 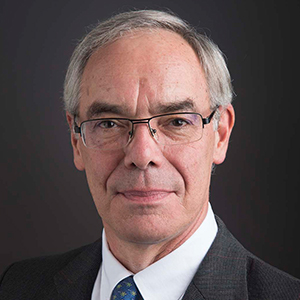 John is the President of the International Union of Forest Research Organizations (IUFRO) for the period 2019-2024. Since 2000, he has served as the National Research Program Leader for International Science Issues with the US Forest Service, Research & Development, Washington, DC.

His main research inerests are traditional forest-related knowledge, forest ecosystem restoration in the tropics, impacts of reforestation and afforestation on biodiversity at site and landscape scales and forests and human health.

John has conducted research in Puerto Rico, Brazil and India, worked collaboratively with many colleagues from around the world on a variety of science syntheses and other projects. He is the author of over 180 scientific publications on these and other topics, and a member of the editorial board of several international forest science journals.

Dr John Innes – Former Dean of Forestry at the University of 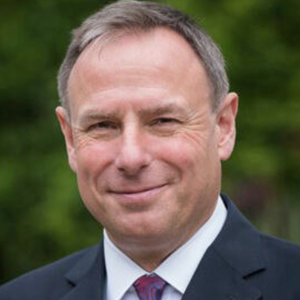 John Innes is the former Dean of the Faculty of Forestry at the University of British Columbia. He teaches in the field of international and sustainable forestry. He is President of the Commonwealth Forestry Association (since 2010), Chair of the Standing Committee on Commonwealth Forestry and Chair of the Asia-Pacific Forestry Education Coordination Mechanism. He is an Honorary Professorial Fellow in the Melbourne School of Land and Environment at the University of Melbourne and Honorary Professor at five different Chinese universities.

John started his forestry career with the Research Division of the UK Forestry Commission in 1985. He moved to Switzerland in 1992, taking on a role as a Section Head in the Swiss Federal Institute for Forest, Snow and Landscape Research. Since arriving in BC in 1999, he has worked on a range of issues associated with forest management. He is actively involved with climate change research, particularly its effects on forest ecosystems and the development of appropriate management strategies for adaptation, and in 2007 was part of the IPCC team that shared the Nobel Peace Prize with Al Gore. For his lifetime contributions, he received the International Forestry Achievement Award from the Canadian Institute of Forestry (2015), and was bestowed an International Fellowship by the Royal Swedish Academy for Agriculture and Forestry (2018). Last year he was selected recipient of the 11th Liangxi Forest Science and Technology Award (2020) by the Government of PR China.

He was closely associated with IUFRO for many years, coordinating several Task Forces on environmental change, and working as Vice President for Policy in 2005-2010. In 2000, he was a recipient of IUFRO’s Scientific Achievement Award.

While Dean of the UBC Faculty of Forestry, he encouraged greater international involvement of the Faculty, and entrenched its position as one of the leading faculties of forestry in the world. Under his leadership, the Faculty took significant steps toward broadening the curricula and academic content to reflect changing realities in the forest and conservation sectors, also enhancing interdisciplinary and continuing education for forestry professionals and scholars from around the world.

Members do not need to book a place to attend this meeting. If you are a member of the INPFA, you will receive a link via email to join the meeting.